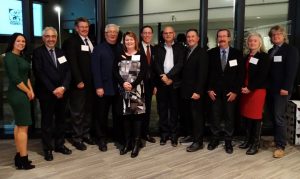 The Interlake-Eastern Health Foundation officially launched on November 16 with a special event held at the Gaynor Library in Selkirk that was attended by donors, foundation and board directors, local leaders and media.

“We look forward to working with community members, existing auxiliaries and foundations, as a partner, towards making our region a better place and to ensure excellent, sustainable healthcare for everyone in our communities,” says Foundation Executive Director Pam McCallum, “The Interlake-Eastern Health Foundation aims to surpass the expectations of both our communities and staff by embracing a culture of philanthropy to benefit health care.”

With an area of 61,000 km2, Interlake-Eastern RHA is one of Manitoba’s largest health regions, home to 126,000 residents, 10 hospitals and 16 personal care homes that provide general and specialized care to a diverse patient population. 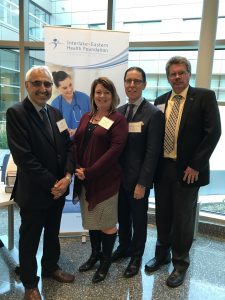 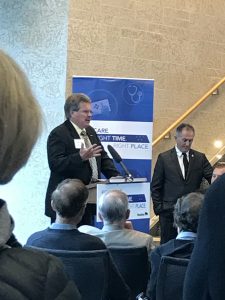 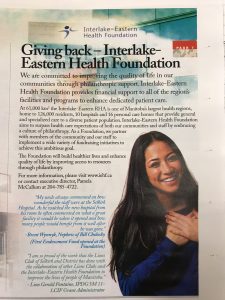 The Selkirk Regional Health Centre (SRHC) is officially open and celebrations took place at the new facility and included a visit from the Minster of Health, bagpipes, and drumming! A few of our Board members did a meet and greet with attendees while showcasing the Foundation’s great work to date! 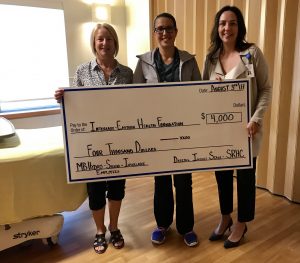 On August 3rd, the Interlake-Eastern Health Foundation’s executive director Pamela McCallum  and the Family Birthing Unit at the SRHC were presented a cheque from the MB Hydro Employee Giving Program for $4,000 for the purchase of a digital infant scale. Regional Director of Acute Care Kate Hodgson and CRN Jamie Brown are thrilled to add this new piece of technology to their very busy unit! 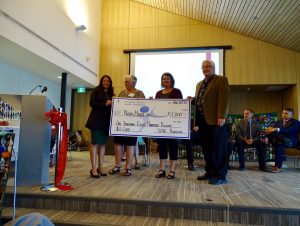 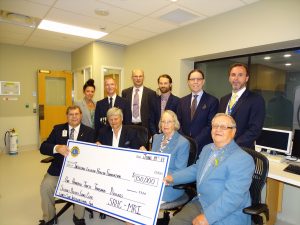 Dr. Dan Lindsay, director of diagnostic services in Selkirk recognized the community’s long standing support for staff and patients at the hospital. “Community partnerships are an important part of our hospital and a big reason we are able to offer these services closer to home for our patients,” Dr. Dan Lindsay said at the event, “Thank you for the difference you have made in the kind of care we can offer our patients with the addition of the MRI.” 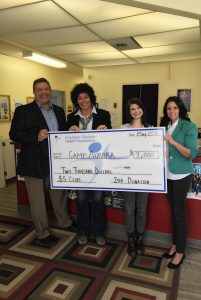 Thanks to Interlake-Eastern RHA staff in our $5 Club, the Interlake-Eastern Health Foundation was able to donate $2,000.00 to the Rainbow Resource Centre that runs Camp Aurora, a four-day subsidized summer camp for LGBTTQ* youth and allies!